Owor was a contestant in the Parliamentary elections for Busiro South on the NUP ticket but lost to his opponent hence losing the seat.

However, according to information circulating on social media, Paul’s act of rape is said to have happened even before the election time but the parents to the 16 year old did not report the case until now.

According to Paul Owor’s timeline on his social media platforms especially Twitter, he has been seen to post religious and Bible verses of late which was not found of doing until today morning when he posted a long paragraph of narrating his current life status that kept many wondering and a few individuals went ahead to find the basis of the information in his tweet.

A one Buweekula Prody, a media influencer had a copy of his investigation that he put to his timeline claiming that Paul was actually under arrest at Kira Road Police on cases concerning rape.

However, an official report has not yet been delivered on this particular matter by the police and for any updates, we shall keep you posted. 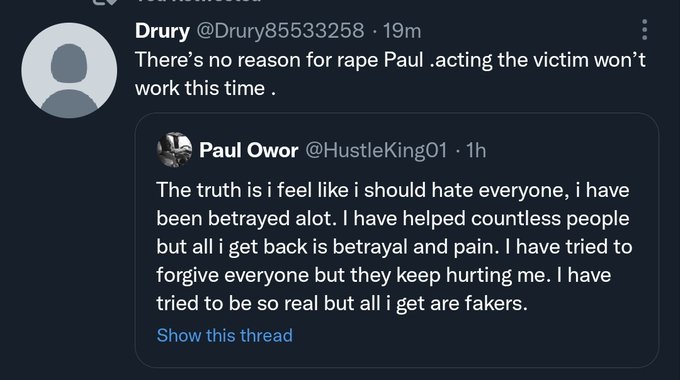 Man in love sells his kidney to by iPhone 14 for his girlfriend.

Museveni to raise 150m for a kidney transplant

Man in love sells his kidney to by iPhone 14 for his girlfriend.

Everyone will taste the sweetness of Uganda, Indian man abducted by men wearing military uniforms.

No Result
View All Result